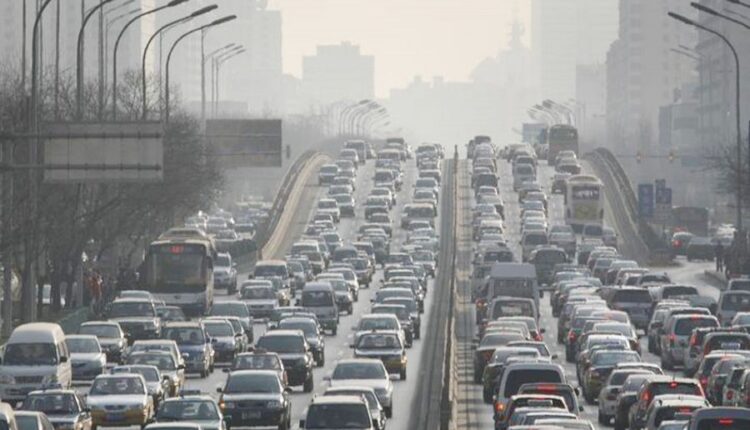 In 2020, the Department of Transportation released a report that proved how traffic congestion negatively affects a person’s health. Emissions from vehicles that are idling expose drivers (and their passengers) to toxic air. This is alarming because vehicle emissions typically increase by around 200% when rush hour sets in, and pollutants are everywhere. In the UK, and throughout the world, millions of people live near highways and are exposed to dangerous emissions.

The American Association for the Advancement of Science recently published a study that showed how congested roads can affect newborn babies’ birth weight. This is the first research in the US to have analysed the connection between infants’ birth rates and traffic congestion.

Researchers studied nearly 580,000 births between the years 2015 and 2016 that were linked to residences in Texas situated on roads that were within 500 metres of each other.

The team also gathered data from vehicles, specifically driving speed. They considered the rule that traffic conditions worsen when it moves slowly. These were then cross-referenced, which allowed researchers to establish a link between lower birth weights and traffic congestion.

Research findings indicate that approximately 11 million Americans are exposed to excessive levels of air and noise pollution because their homes are near major highways. Additionally, the study also shows that around 26% or 1.2 million live births in the United States are connected to foetuses and parents who have had significant exposure to congested roads. Of the 1.2 million, 250,000 are said to have been exposed to the most dangerous aspect of traffic congestion.

Tailpipe emissions have devastating impacts on human health and the environment. The study also proves that staying idle or too many stop-and-goes in highly congested areas can also lead to adverse health effects.

Vehicle tires that are subjected to wear and tear contribute to particulate pollution, which is released by vehicle exhaust. Particle pollution has also been linked to numerous cases of stillbirths and pre-term births.

Several programs are already in place to address the issue of traffic congestion (i.e., the UK’s Clean Air Zones and London’s Ultra-Low Emission Zones, and tailpipe emissions federal and state laws in the US), and local governments have long been working on traffic jam solutions. Nevertheless, a lot of work still must be done, especially in terms of protecting pregnant women and infants.

Vehicle emissions are not that easy to eliminate. Governments need to produce stricter, more defined regulations and implement these without hesitation. Diesel emissions affect the global climate, the environment, and human health.

Diesel emissions are produced by diesel-powered vehicles. They contribute to air pollution by producing ground-level ozone, a toxic gas that makes crops susceptible to the damage wrought by severe weather conditions like frost. These emissions can cause health conditions or trigger/aggravate pre-existing ones. These include asthma, lung issues, and respiratory conditions. Diesel emissions have been in the news for years courtesy of the Dieselgate scandal that first broke in September 2013.

What was Dieselgate all about?

Dieselgate, or the diesel emissions scandal, broke out when the Volkswagen Group received a notice from US authorities accusing them of installing defeat devices in their Audi and VW diesel vehicles that were sold to U.S. consumers.

Defeat devices can determine when the vehicle it’s installed in is being tested in laboratory conditions. They temporarily bring down emissions levels to within the World Health Organization-mandated limits. Thus, to regulators, the vehicle appears fuel-efficient and appears to adhere to emissions regulations.

When it is driven on real roads, however, the vehicle emits voluminous levels of nitrogen oxide or NOx, a group of gases with adverse effects on health and the environment. Exposure to NOx can cause health issues such as asthma, respiratory diseases, certain cancers, and cardiovascular issues. Hundreds of thousands of premature deaths have also been linked to NOx emissions. So, in reality, the vehicle is a pollutant.

Volkswagen is not the only carmaker involved in the scandal; Mercedes-Benz and BMW have also been subjected to fines, fees, legal processes, and vehicle recalls. The latest manufacturer to be included in the list is Vauxhall.

The Vauxhall emissions scam was uncovered just recently but has already affected thousands upon thousands of drivers. The carmaker is likely to also spend a significant amount on payoffs, including emissions claims.

An emission claim allows affected car owners to receive compensation for the deceit their carmakers caused them. They hold your manufacturer responsible for contributing to air pollution.

How should I start my diesel claim?

Making a diesel claim is a time-consuming process, so you must know exactly what to do. If things turn out well, you can receive thousands in compensation. You have to start right, though, which means you need to know if you are qualified to bring forward an emissions claim against your carmaker.

To find the essential information you need, visit the ClaimExperts.co.uk website. It’s the best place to start your claims process.